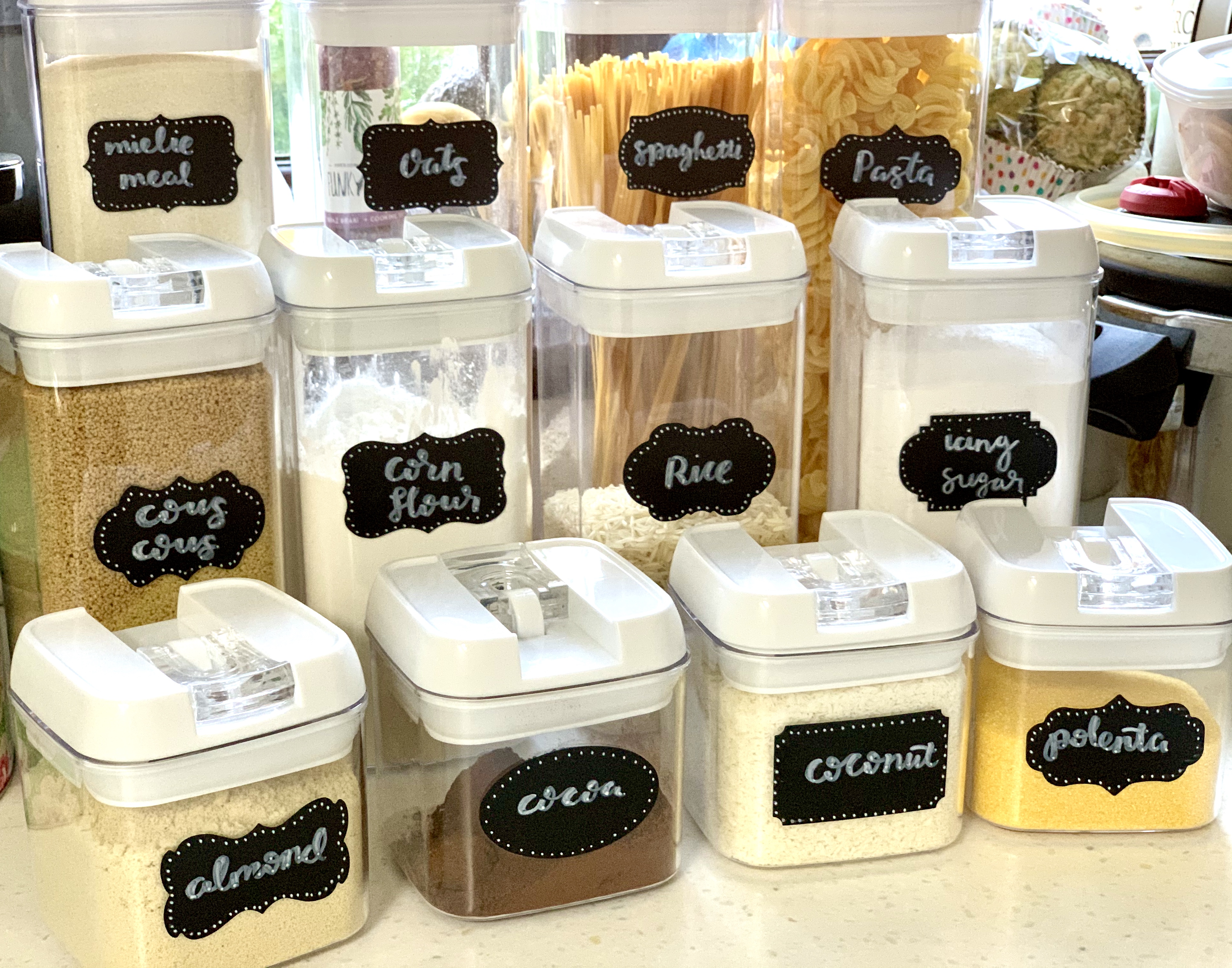 I’ve saved so many pictures to my pinterest board of beautifully organised kitchen cupboards and labelled jars and bottles. I love the pictures where all the jars are the same style and all the labels are co-ordinated.

I thought it’s about time I have a go myself, and why not use this period of ‘down time’ at home to do so.

Which kitchen storage containers to use

After browsing the web, I actually found it quite hard to find the ones I wanted. But I settled for a pack of six from Amazon, which I’m glad I did as they’re great.

This pack comes with three sized containers, two of each size. Each one has an air-tight seal which keeps everything fresh, and are slightly square shaped. This means they won’t waste too much precious space on the shelf which I was worried round jars would do.

I bought 12 kitchen storage containers in total, so I went through the cupboards to see what 12 ingredients I could transfer.

Having a mixture of sized jars was definitely useful as some foods didn’t require such a large container.

The great thing about this pack of kitchen storage containers, was that it included chalk label stickers and a chalk marker pen. So I wrote out all the names I needed and added a dotted border.

I left the chalk labels to dry for about 15 minutes before sticking them on, as they looked like they would smudge if I touched them.

When sticking the labels onto the storage containers, I stood them all next to each other so that the stickers were all the same height.

And there they are! These jars now stand proudly on the shelf. I now have slightly more organised cupboards with labelled kitchen storage containers. I’m now contemplating buying more containers for all the other things in my cupboards!